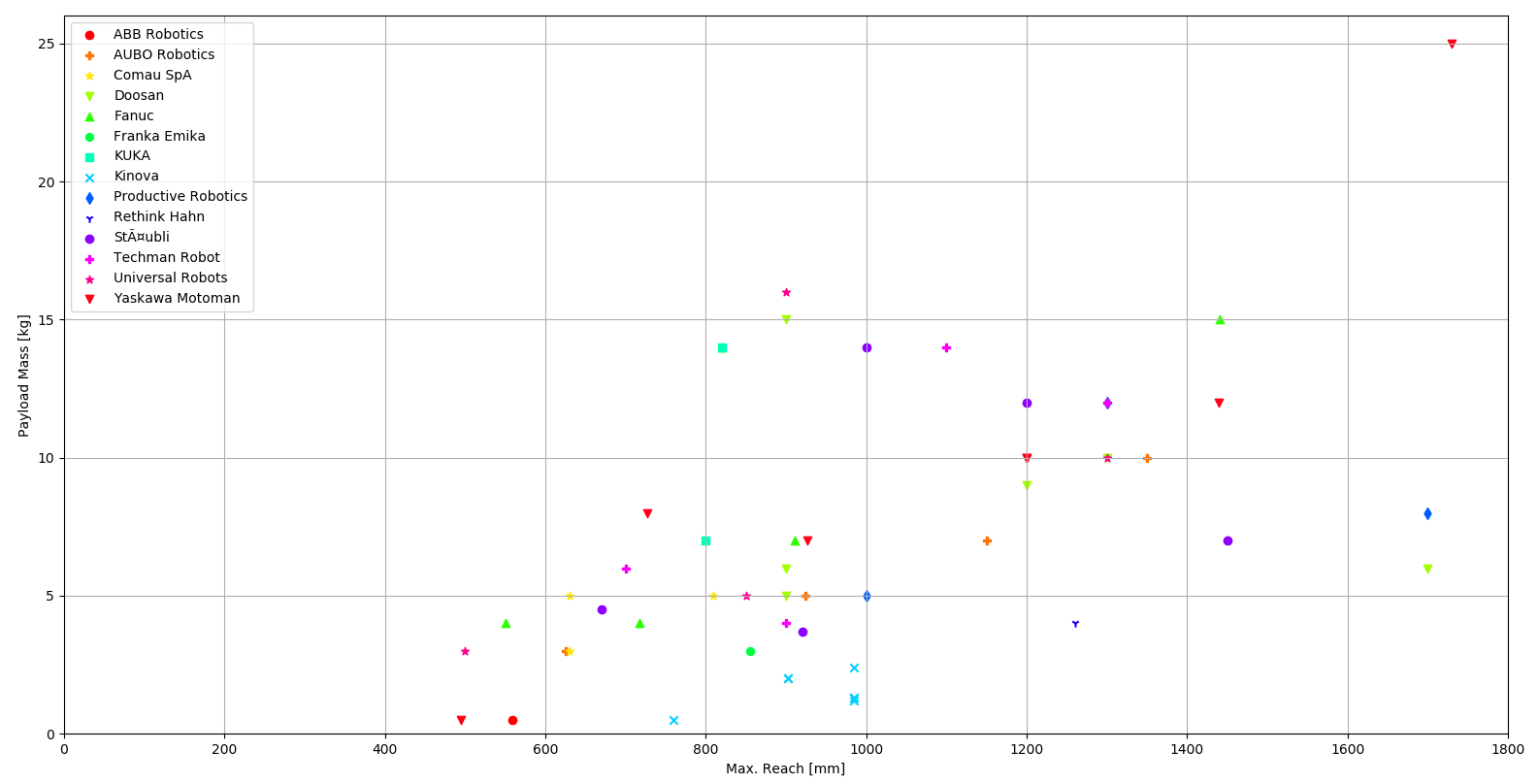 In this article I share an illustration comparing the Payload vs Maximum Reach for 57 cobots. In my last post I shared some links to websites that list almost each and every cobot that the market currently has offer. Some of the websites provide comparison charts permitting the direct comparison of the listed cobots with respect to their primary specifications: payload capacity, maximum reach and repeatability. While those are nice, to me, a picture says more than thousand columns in a table.

Hence, I thought it would be useful – not just for my own curiosity, but also for some people out there – to have some graphical visualization for the cobot specs. I was looking for such a thing on the web. Some OEMs provide such plots for their line-ups, but I was unable to find any comparative graphic. So I decided to make one.

As a first visualization I chose to plot the Payload vs Maximum reach for various cobots out there. Have a look at the plot below.

The figure displays a total of 57 cobots from 14 OEMs. Of course, the plot reflects an evolution of the work of engineers, product developers and sales people. They have identified the requirements of various profitable cobot applications and designed their product line-up accordingly.

Said this, the plot has some notable areas:

The data displayed in the figure above is not exhaustive. I mean, the plot does not cover all cobots that you may find on the market. But I think it draws already a good picture of what you can buy. If you find a mistake or have some suggestions to update the plot, let me know.

Note, the payload and maximum reach are not the only characteristics that matter. The maximum velocity and also the payload inertia can play an equally important role. I am going to make a few more plots like this. Maybe there is something particular you would like to see?